Uterine fibroid refer to muscular growths that develop on the lining of the uterus. These growths usually develop during a woman’s childbearing years, and are, for the most part benign tumors – that is, tumors which are non-cancerous.

Fibroid vary in size from tiny masses indistinguishable by the human eye to large masses that can easily damage the structure of the uterus and cause great pain and discomfort. 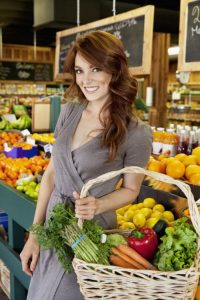 One may develop a single fibroid or many fibroids, all of which will present varied symptoms depending on the extent of the growths. In severe cases, the fibroid may enlarge the uterus so much so that it touches the rib cage and causes excruciating pain.

Some of the symptoms presented by uterine fibroid include extremely heavy periods, a feeling of fullness in the lower tummy area, painful sexual intercourse, lower back pain as well as frequent urination. In some cases, affected women will also have an enlarged lower abdomen. It is not uncommon to get complications arising from uterine fibroid during child birth.In fact, studies show that pregnant women who have had fibroid before are at a higher risk of getting a cesarean section (CS mode of delivery). In rare cases, the fibroid may cause infertility.

While the exact cause of fibroid is unclear, research indicates that these growths may result from hormonal imbalance and a genetic predisposition. Studies have shown that the growth of fibroid is controlled by the female reproductive hormones, estrogen and progesterone. Fibroid tend to grow very fast during pregnancy, and shrink when anti-hormone drugs are provided.

Treatment options for women with fibroid vary depending on the extent of the condition. This is usually dependent on the symptoms presented, the size and location of the fibroid as well as one’s age and the possibility of pregnancy in the future. In addition to medical treatment, there are a number of home remedies that may be used to treat uterine fibroid  naturally. It is important to remember that the use of any remedies must be done in consultation with a doctor particularly if you suffer from other conditions that affect the reproductive tract or are pregnant.

Time Required: 60 Min
What You Need: A clean piece of flannel, castor oil in a bowl, a plastic wrap, a hot water bottle and an old towel.
Difficulty: Easy

The application of a castor oil pack is recommended for the natural treatment of fibroid because it improves circulation both in the circulatory system as well as in the lymphatic system. This has a direct effect on the production of lymphocytes in the body. Lymphocytes are white blood cells that are tasked with destroying toxins accumulated in the body. It is an important aspect of treating fibroid because it is thought that the build-up of toxins in the body increases the risk of fibroid development.

In addition to the pack’s detoxification properties, castor oil is also a potent anti-inflammatory. It is rich in ricinoleic acid, which, when exposed to the body, reduces the pain and inflammation associated with fibroid. You will need a clean flannel for and a plastic wrap for this remedy application. The purpose of the hot water bottle is to maintain the heat in order to provide relief especially for women whose fibroid cause pain in the lower abdomen region.

NOTE: This remedy is not recommended for use during menstrual period or for women who would like to conceive.

Green tea is a very versatile home remedy, thanks to its incredible healing benefits. Studies show that green tea is not only rich in antioxidants which help maintain balance in the hormonal levels, it is also rich in a compound that is abbreviated EGCG – Epigallocatechin gallate. EGCG works by slowing down the rapid growth of the fibroid cells so that over a period of time, the cells eventually dry up and give way to the shrinkage of the growth. Other benefits is using green tea include its anti-inflammatory properties and its ability to prevent the proliferation of the cells. Research shows that green tea can go a long way in reducing the extent of the fibroid symptoms, and this provides relief for affected women.

Research carried out by different institutions have shown a link between increased dairy serving with reduced prevalence of uterine fibroid in black women. While the exact mode of action is yet to be understood, scientists believe that the high concentrations of calcium in the milk have a role to play in the reduction of uterine fibroid growth. For this reason, it is advisable for women with fibroid to take milk at least once daily.

Alongside the use of milk, blackstrap molasses are also beneficial for the natural treatment of uterine fibroid. These molasses are extremely rich in iron, which is why they come in handy. The iron is required to replenish the body’s levels as most times, the occurrence of fibroid is accompanied by extremely heavy menses. The iron helps prevent iron deficiency which, if left unchecked, can cause anemia. Research is yet to determine if the molasses have a direct role to play in the shrinkage of the fibroid.

NOTE: Always opt for organic dairy as non-organic dairy often has a high concentration of steroids that only work to disrupt the normal balance of the hormones.

As mentioned above, the precise cause of uterine fibroid is unknown, but it is believed to be connected to the balance of hormones in the body. The female hormones, estrogen and progesterone require a delicate balance throughout a woman’s childbearing age. When these levels are out of balance, there is increased risk of fibroids growing.
Burdock root is recommended because it enhances the liver’s capacity to breakdown estrogen in the body, thus preventing its increased concentration and reducing the size of the fibroid. Research also indicates that burdock root is rich in arctigenin, a specific lignan that has great benefits for the prevention of new tumor growths. You may prepare the herbal tea by following the steps outlined below or opt for the burdock root tincture.

Time Required: Varies depending on the specific foods.
What You Need: Balanced diet, foods with healing properties.
Difficulty: Easy

One of the ways in which women with fibroid can find natural treatment is when they increase their dietary intake of foods that help heal fibroid. These foods are, for the most part, an important part of the balanced diet. They vary in their mechanisms, but all of them work to heal fibroid and improve one’s health. Listed below are the respective food groups alongside their benefits for the natural treatment of uterine fibroid.

Foods to Include in One’s Diet

In line with the foods recommended above, it is best to avoid junk and processed foods. This is because such foods are usually high in unhealthy fats that easily increase the amount of inflammation in the body. Refines sugar should also be avoided because it suppresses the body’s immune system, increases weight gain and disrupts hormonal balance.

Other food groups to avoid include caffeine, alcohol and refined carbohydrates. The latter are known to cause a sharp increase in sugar levels, leading to sudden release of insulin and eventually causing the disruption of hormones. Additional home remedies that may be used to manage fibroids include essential oils such as thyme, frankincense and clary sage, herbal teas and regular exercise. Remember to consult your doctor in case of any doubts before commencing on any specific remedy.