We are all too familiar with the uncomfortable feeling of been puffed up just after indulging in a meal. This full sensation accompanied by abdominal swelling not only causes physical discomfort, it may also interfere with one’s productivity at the work place.

In extreme cases, it damages one’s self esteem and leads to low self-worth. Bloating, the medical name given to this condition occurs as a product of natural digestive processes in the body. After a meal, the ingested food undergoes digestion where it is broken down to compounds that can easily be absorbed into the bloodstream. 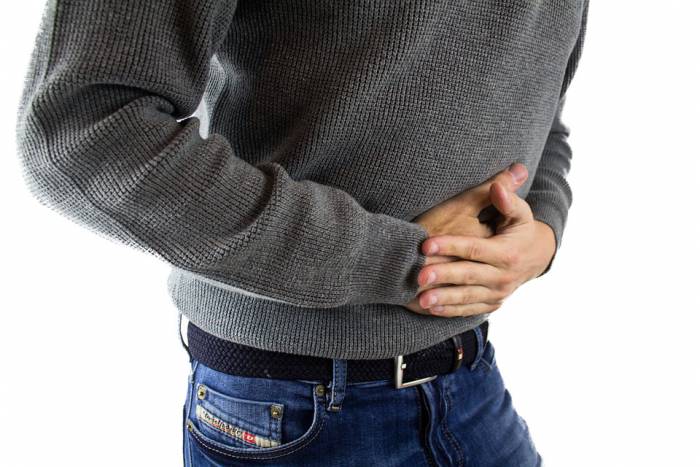 The process of digestion usually results in gas production. Now, bloating occurs when there is an excessive accumulation of gas in the body. While for many people, this excessive gas is the causative agent of bloating, for a number of people the tricky bit lies in how the body manages the accumulated gas.

This can be a challenge for the most part, but the good news is that in acute cases, the condition may be reversed by making dietary changes. This is important because a number of foods are known to be the culprits behind the puffy feeling. Better still, there are foods that you can eat in place of such to counter bloating and help fight the effect of the belly bloaters in your meal.

1. Raw Vegetables, Particularly those in the Cruciferous Family: 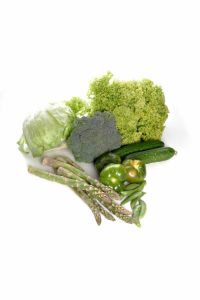 The cruciferous family of vegetables includes kale, cauliflower, cabbages and broccoli among others. These vegetables are rich in raffinose. This is a type of sugar that passes through the gut undigested until it is fermented by bacteria in the gut.

Note that this happens because the human body lacks the enzyme required to breakdown raffinose. These friendly bacteria, which the body requires for a functional gut, use up the sugars and produce a lot of gas.

Therein lies the source of bloating as the gas causes discomfort. Now, this does not mean that you should stop eating these nutrient-rich vegetables as they help maintain the health of the gut. The secret lies in managing your portions.

Eat this instead: If you cannot absolutely eat portions of raw vegetables, your next best bet is to steam the veggies. The act of steaming means the vegetables are just slightly cooked to avoid losing nutrients. What’s more, steaming allows the fiber to soften and leads to shrinkage since some of the water is lost.

It turns out this is great for your gut because the veggies occupy far less space in the gut, easing digestion and reducing the bloating. Another excellent alternative to cruciferous vegetables is fermented cabbage, also known as Sauerkraut. This works because the fermented vegetable is easier on the gut and therefore produces less gas. 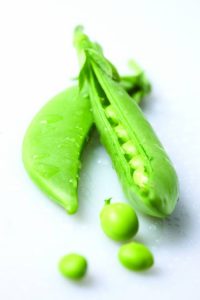 This probably does not come as a surprise, but legumes are a perfect family of nutrient-dense foods and belly bloaters. Some of the examples in this family include peas, soybeans, lentils and beans. Though they are extremely rich in proteins, they are also laden with fibers and sugars that the human body is not equipped to digest.

Just like their cruciferous vegetable counterparts, the legumes undergo fermentation in the large intestine. This is attributed to the action of the gut bacteria that leads to gas production and is responsible for the discomfort you feel.

Eat this instead: Seeing as it may not be entirely possible to eliminate legumes from one’s diet, one of the ways to deal with the bloating is to combine the legumes with grains that are easily digested in the stomach. Perfect accompaniments include quinoa and rice which are easy on the body’s digestive system, and which are completely digested in the small intestines. This reduces gas build-up.

Note too, that consuming legumes sporadically is more likely to aggravate the bloating that eating them more often but in smaller portions and whole grains.

An apple a day keeps the doctor away, so goes the wise saying. But this fruit surely does not save you from all the bloat. This is attributed to the high fiber content found in these delicious fruits. What’s more, the fruits are extremely rich in sugars, namely sorbitol and fructose. Many people are unable to handle these sugars, and the end result is a puffy and uncomfortable feeling topped up with lots of gas.

Eat this instead: One of the ways to counter bloating caused by apples is to cook it in different forms, with the most popular been the applesauce recipe. Applesauce has been shown to improve the digestion of the fruit and reduce bloating. Alternatively, settle for fruits which are less gassy. These include grapes, berries and cantaloupe.

Many people tend to feel gassy after a glass of milk or bowl of morning cereal with milk. Part of the reason for this is that many people are lactose intolerant. This essentially means that the body does not have the enzymes required for the breakdown of lactose. Lactose is the main sugar found in milk and milk products. In the absence of this enzyme, the milk is acted upon by the bacteria in the gut resulting in the gas and bloating.

Eat this instead: Many people have found it helpful to steer clear of dairy altogether. Cutting back on dairy could just be the answer to deal with a puffy mid-area. Depending on the severity of the condition, however, some people have been able to handle fermented dairy such as yoghurt which has far less side-effects. Other options include soy milk and almond milk.

Onion and garlic belong to the same family, and while they are packed with lots of flavour, they are also one of the main reasons why you experience bloating after a meal. Onions contain a compound known as fructans which, when going through the gut, is left undigested. The same goes for garlic which is also rich in fructans. When the two are ingested, especially raw, they cause intolerance which is characterized by gas production and bloating.

Eat this instead: For some people, cooking works because it shrinks the fibre present and reduces the extent of bloating. If however, these still doesn’t work, it helps to use other herbs and spices. Excellent options under this category include basil, thyme, parsley or chives which are popular for their ability to counter bloating. Alternatively, opt for onion-infused oils to enjoy the flavour without the gas.

NOTE: the use of shallots and scallions may not be helpful as these are closely linked to the onion family. 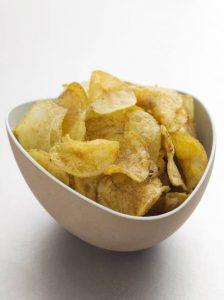 One of the most common reasons why you will experience bloating is when you take excessive amounts of salty and processed foods. The main culprit here is sodium as it is known to cause extreme water retention when ingested in high concentration.

The recommended amount of sodium is 2300mg for adults and 1500mg for senior citizens and adults with conditions that affect the blood pressure. Anything more than this is likely to cause water accumulation which gives you the bloated feeling.

Eat this instead: Now, reducing your sodium intake is not as easy as getting rid of the saltshaker at the table. This is because sodium is often found in high levels of processed and packaged foods. These include deep fried foods, canned soups and many snacks.

To counter this, go easy on the salt and reduce consumption of processed foods. Instead, opt for foods that are rich in potassium. Potassium has the benefit of reducing sodium levels in the body’.

One of your best choices is adding a banana whenever you start to feel bloated. What’s more, bananas have the added advantage of soluble fiber which eases bloating and constipation. 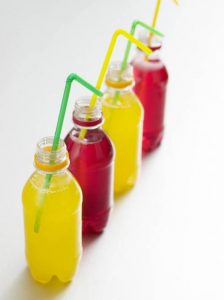 Fizzy drinks are yet another common cause of bloating. The simple reason for this is that they are high in carbon dioxide gas which is what causes the bloating. Whenever you take a lot of carbonated drinks, you swallow lots of gas and bubbles.

Your abdomen becomes the unfortunate recipient of the gas, which results in the bloating. In severe cases, it may even lead to cramping. Additionally, such drinks are laden with artificial sweeteners which cause discomfort in the gut.

Drink this instead: Plain water. Plain water is your best option if you want to curb bloating. You may add cucumber or mint for a refreshing taste. Other alternatives include flavored water, coffee and tea. 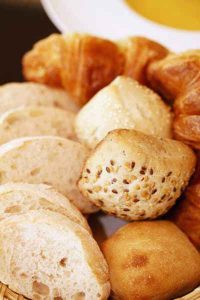 Wheat has, over the years, become one of the most controversial foods in the world, and for good reason. Wheat is rich in a compound known as gluten. For many people, a condition known as gluten sensitivity means that wheat consumption is likely to cause problems in the digestive system.

One of the ways this manifests is with extreme bloating as the body is unable to digest the gluten present in the wheat. In spite of these challenges, wheat is consumed in large quantities across the world. In fact, it is a common ingredient in foods such as bread, tortillas, pasta pizzas and an array of baked pastries. The latter include cakes, biscuits, cookies and waffles among others.

Eat this instead: Eat foods which have been prepared using excellent flour alternatives to wheat. These range from pure oats to buckwheat, almond flour as well as coconut flour. This allows those with gluten sensitivity to indulge in their favourite treats gas-free.

Many people are well aware of belly that results from excessive beer intake. Incidentally, there is more to this belly than just belly fat as beer is also a common culprit of bloating. Just like soft drinks, beer is a carbonated drink whose difference includes the use of fermented carbohydrates such as wheat, rice, maize and barley.

These carbohydrates often undergo fermentation alongside water and yeast. As such, the end product contains a high amount of gas and carbohydrates.

Drink this instead: Again, water is your best bet when it comes to managing bloating. If, however, you are looking for a drink with some alcoholic content, an easier alternative would be wine. 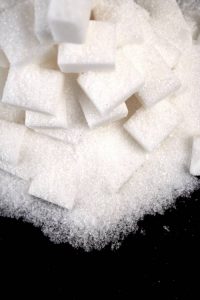 Many people will often go for sugar-free snacks and diet drinks because they are low in calories. With this low caloric value however, many of these products are filled with chemical compounds that lead to gas accumulation in the body. The answer to this lies in the presence of sugar alcohols.

Sugar alcohols cause bloating because they are rich in sweet-tasting and indigestible compounds. For this reason, the body is not able to digest the sugars as it does traditional sugar. The sugar alcohols then undergo fermentation, giving you the puffed up feeling and a distended belly. These sugar alcohols include sorbitol, mannitol and xylitol.

Eat this instead: While xylitol is recommended as an alternative to refined sugar for its health benefits, it is known to promote digestive problems. This is where green leaf stevia comes in handy as it has a lower concentration of the sugar alcohols. Pure maple syrup also works excellently.

Other foods that are great bloat-busters include cucumber which reduces water retention in the gut, pawpaw whose enzyme papain enhances the process of digestion and prevents gas buildup as well as yogurt with probiotics. The latter is rich in the good bacteria that the body needs for optimal digestion and a healthy gut. If need be, sweeten your yoghurt using honey, stevia or granola. Remember to incorporate potassium-rich foods in your diet. Examples of these include pistachios, bananas, oranges and kiwi fruits as these help regulate the sodium levels in the body, thus reducing bloating. 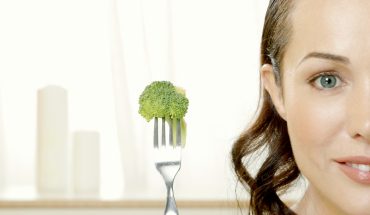 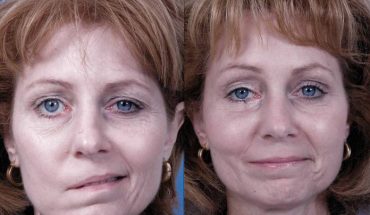