It is always recommended to eat a balanced diet, but do you know why this is so? It certainly makes us healthy, but if you are to get into the nitty gritty of it, are you aware of the exact reasons why this is recommended? The answer lies in ensuring that you get all the nutrients that the body needs. This is important because it prevents nutritional deficiencies which, just as the name suggests, is a lack of a specific nutrient(s). It is important to note that even though you may be eating a balanced diet, it is still possible to get certain nutritional deficiencies.

This happens because other factors affect nutrient absorption. These factors include old age, genetic predisposition, health conditions, use of certain medication and even the source of food ingested. In some cases, the method of preparation of the right foods leads to loss of nutrients. The truth is that you need not let this happen if you are armed with the right information. Before you can avoid nutritional deficiencies, it is essential to recognize them in order to know how to fix them.

NOTE: This is just a general guide and is provided for informational purposes. If you suspect that you may be suffering from a deficiency, get professional medical attention. It is not recommended to self-diagnose deficiencies, and in any case, a number of the conditions below may not be remedies by making dietary changes alone. 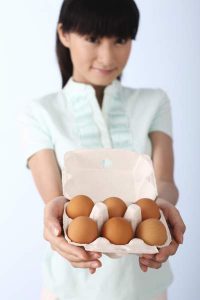 Vitamin D is one of the most prevalent nutritional deficiencies across the world. More than ever, millions of people are not getting enough Vitamin D in their bodies. this may come as a surprise because Vitamin D is commonly known as the ‘sunshine vitamin’, so it is almost expected that such a vitamin would be easy to get in adequate amounts.

There are many effects of not having enough Vitamin D in the body because it plays an integral role in optimal body functions. In fact, research shows that this Vitamin has an effect on as many as 200 genes in the body. It is referred to as the sunshine vitamin because more than 50% of the amount required is produced by the body following exposure to natural sunlight.

How to Avoid Vitamin D Deficiency:

Vitamin E is a fat soluble vitamin whose key functions in the body make it an important nutrient. Its main function is to act as an antioxidant. The presence of antioxidants in the body protects the cells from free radicals which cause damage.

The vitamin is also required for a healthy brain as it has been shown to prevent the loss of an important molecule in the organ. It is important to mention that while the human brain has a high concentration of DHA (one of the brain’s building blocks and an omega-3 fatty acid), the brain cannot synthesize it and it has to be obtained from the liver.

The DHA is transported to the brain using transporter molecules whose function is optimized with the presence of Vitamin E. With Vitamin E deficiency, cells are more prone to damage. Additionally, Vitamin E also plays a key role in proper functioning of the immune system.

How to Avoid Vitamin E Deficiency:

NOTE: Vitamin E is a fat soluble vitamin. What this simply means is that it is best absorbed in lipids. For this reason, it helps to incorporate healthy fats in your diet . Fortunately, Mother Nature helps with this as many sources of Vitamin E are fatty in nature.

Below are some excellent sources of Vitamin E to prevent a deficiency:

Iron deficiency is also prevalent across the world, particularly in children and women in their childbearing years. One of the most common conditions associated with low iron levels in the body is anemia. Anemia is a condition that leads to the reduced production of the red blood cells.

This happens because iron is incredibly important in the body. It is required for the synthesis of hemoglobin found in the red blood cells. Hemoglobin, abbreviated HB, is responsible for binding to the oxygen and delivering it to the cells. As such, the body produces fewer blood cells when iron levels are low. It is important to take note of three factors that pertain to this form of deficiency.

How to Avoid Iron Deficiency:

It is hardly a surprise that a deficiency in omega-3 fatty acids is so common as the major source of this important nutrient is fish. Part of the reason for this is that fish is not a favorite for many, yet if people knew just how nutritious fish was, perhaps there would be less cases of this deficiency.

Omega-3 fatty acids play an important role in reducing inflammation in the body, thanks to its potent anti-inflammatory properties. this is in sharp contrast with the omega-6 fats found in processed vegetable oils. These oils are known to increase the risk of inflammation, which sets the stage for a myriad of conditions.

How to Avoid Omega-3 Fatty Acids:

It is no secret that calcium is one of the most important nutrients required for healthy and strong bones. It is therefore a surprise that many people are not getting enough Calcium. Without it, the bones cannot make new cells, leaving them weak, brittle and prone to fractures.

This is further pronounced in menopausal women. In addition to this, Calcium also helps maintain a healthy weight through its action on the parathyroid hormone. Additional functions include protection of the heart and reduction of blood pressure.

How to Avoid Calcium Deficiency:

Knowing these deficiencies alongside ways to fix them is the first step to healthy eating and benefiting from a balanced diet. Remember to consult your doctor if you suspect you may be suffering from any of the top 5 nutritional deficiencies mentioned above. 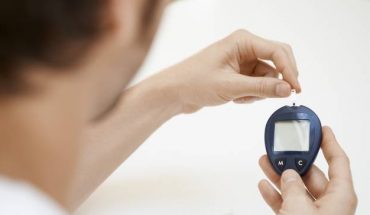 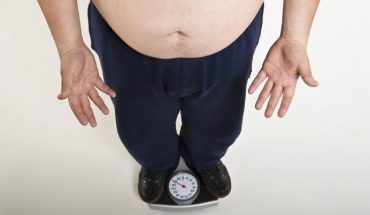