Spirulina is a type of algae whose use has grown in popularity, thanks to its diverse range of health benefits. Also referred to as blue-green algae, it has been the point of study for many researchers. Typically, algae are simple organisms that are found in large bodies of water, both salty and fresh waters.

Spirulina is a microscopic algae whose shape resembles a spiraling coil. The micro algae has been used for many centuries thanks to its numerous nutritional benefits. This has caused the species of algae grow in popularity, hence the description of the algae as a ‘superfood’. Some aptly refer to it as a ‘miracle from the waters’. 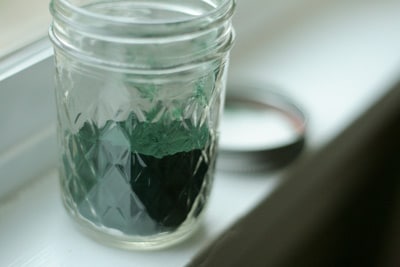 The latter name is used to describe the source of the algae. The algae is usually harvested from the water bodies before it is converted to cake form. The dry cakes are then consumed as desired. Some companies have taken up this superfood and manufactured powders and tablets from it, making it accessible to more people.

Interestingly, spirulina was once categorized as a plant, thanks to its high concentration of plant pigments. Additionally, this classification was attributed to the algae’s ability to carry out photosynthesis.

Research in this field, however, has led scientists to categorize it as a bacteria in the Spirulina genus. The algae’s mild taste is a bonus, its unusual color notwithstanding. Below are some of the health benefits of spirulina.

As mentioned above, spirulina grows in both fresh water lakes and salt water lakes. The blue-green algae is a type of bacteria known as a cyanobacterium. One of the key properties of organisms categorized in this group is their ability to create energy when exposed to natural sunlight through a process known as photosynthesis. This process allows the algae to synthesize nutrients whose high concentration qualifies makes spirulina a superfood.

To put this in perspective, you would have to analyze the constituent ingredients of a tablespoon of dried spirulina powder. A tablespoon is the equivalent of about 7 grams of dried spirulina. Of the 7 grams, 50% is protein, 15% is Vitamin B2 and 11% of Vitamin B1 and Iron each. It also contains substantial amounts of copper, magnesium and Manganese.

Note that the protein present in the spirulina contains all of the essential amino acids that are not synthesized by the body, and must therefore be included in one’s diet. It is also important to mention that this tablespoon of dried spirulina also contains approximately 2 grams of carbohydrates (digestible carbohydrates). This information shows just how easily spirulina could easily be one of the most nutritious substances available in the world giving you more than enough reason to add it to your health arsenal.

2. Spirulina is an Excellent Antioxidant

Antioxidants play an integral role in the body, helping fight off free radicals that cause oxidative damage to the body cells. This has the potential to cause DNA damage, a causative agent of cancer and other grave diseases. Spirulina is an excellent source of antioxidants, and is therefore crucial to great health. The main active ingredient in the bacteria’s structural makeup is known as phycocyanin. This compound is also responsible for the bacteria’s characteristic blue-green color.

The phycocyanin helps ward off free radicals. This compound also has the advantage of preventing the body from sending inflammatory signals to the brain, thus exhibiting excellent anti-inflammatory properties. The latter makes spirulina an excellent addition to many home remedies. When incorporated into one’s daily diet, it makes for an excellent addition to a healthy lifestyle. Try it today and enjoy the benefits thereof.

3. Spirulina May be Effective Against Certain Types of Cancer

Spirulina has shown the ability to prevent the development of different types of cancer and particularly oral cancer. Some of the active compounds in spirulina have been found to have anti-cancerous properties. Research studies have shown that it can effectively reduce the rapid multiplication of cells as seen in the development of cancer. The bacteria also has a positive effect on patients with tumors as it helps shrink the size of the tumor. The benefits of spirulina have been studied extensively and the results show that the bacteria is beneficial in the treatment of oral cancer (this is a form of cancer that affects the mouth).

Study groups of people suffering from precancerous growth in the mouth have shown progressive improvement following the introduction of spirulina to their diet. When compared to control groups in the study, the former had 90% regression of the growths.

Interestingly, a decrease in the regular use of spirulina predisposes patients to the recurrence of the oral growths. In this day and age when cancer has wrecked havoc in the health sector, this research has opened up new possibilities for the incorporation of spirulina into treatment and management of cancer.

Research work indicates that spirulina improves the function of the cardiovascular system. This system consists of the heart, the blood vessels and the lungs. Spirulina is effective in lowering the blood pressure, thus reducing the risk of stroke and heart attacks. This is attributed to the bacteria’s ability to increase the the amount of nitric oxide in circulation across the body. Nitric Oxide is found in different parts of the body’s circulatory system, and plays a fundamental role by enhancing the relaxation and dilation of the blood vessels. This effectively lowers one’s blood pressure while improving their overall cardiac health. Research shows, however, that this is only effective when taken in increased dosage.

Another added benefit of supplementing with this superfood is the effect it has against anemia. There are different types of anemia, but the most common is caused by a steep decrease in the amount of Hemoglobin or erythrocytes (Red Blood Cells). When taken regularly, it helps the body improve the amount of hemoglobin produced as well as boost the body’s immune function.

Medical research is underway to help determine other health benefits of this miraculous superfood. Findings have indicated a myriad of other potential benefits which include steering weight loss, reducing the likelihood of diabetes, lowering cholesterol levels as well as promoting the health of the gut. For women, spirulina has been shown to effectively treat pain arising from Premenstrual syndrome and other related issues. Overall, it is an excellent addition to your health arsenal if the above advantages are anything to go by. Go ahead, place your order and improve your health. 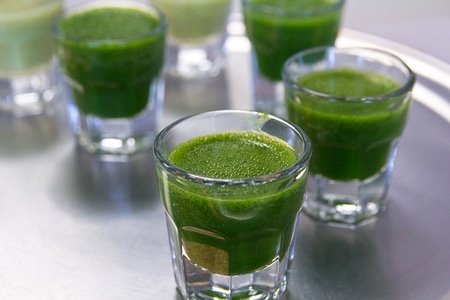 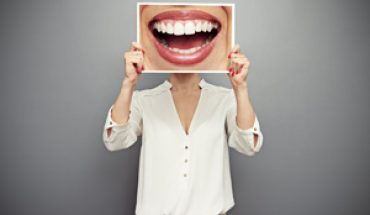