Serotonin is a chemical substance produced by the body, and which is believed to be responsible for ensuring a good mood. This chemical neurotransmitter is a derivative of tryptophan, one of the amino acids in the body.

Serotonin is produced in the Central Nervous System (CNS) where some of its functions in addition to regulating mood, include sleep and appetite regulation. It is evident that serotonin plays a key role in the body. In some cases however, there is reduced serotonin biosynthesis owing to a number of conditions. To counter this and ensure that the neurotransmitter functions optimally, it is important to take home remedies that will boost its production. 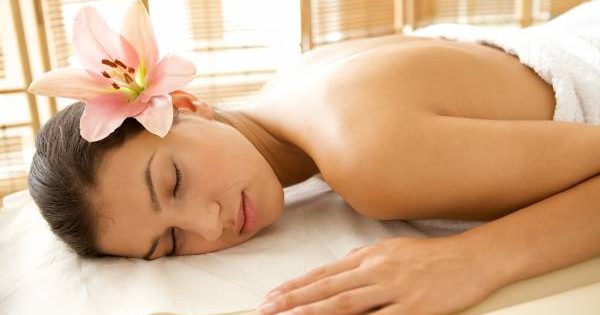 This is important because in recent times, research has pointed to a close connection between serotonin levels and cases of depression and suicide. In fact, studies support the fact that boosting serotonin in the body is an integral way of treating depression. By using home remedies to increase these levels, individuals can be able to avoid the pharmacological effects of using prescription medicine and manage dependency on drugs.

NOTE: If you suspect you may be suffering from depression or any related conditions, make sure you get medical attention immediately. Using these foods should only be used as an adjunct treatment or to keep your body healthy.

Time Required: Varies depending on the specific routine.
What You Need: Relevant work out gear.
Difficulty: Easy

Exercise has scientifically been proven to stimulate the production of many chemical compounds that enhance mood, among them serotonin and dopamine. Exercise has been associated with an increase in the amount of tryptophan in the body. Tryptophan, as mentioned above, is the precursor for serotonin.
This tryptophan is made available to the brain where serotonin is produced through a short series of biochemical reactions. Increased levels of serotonin help regulate a number of body functions. To get the most benefits from this natural solution, it is advisable to take aerobic exercises. The most consistent effect is seen when one takes regular aerobic exercises at the level where they are accustomed to.

One of the ways in which you can boost serotonin production in the body is by ensuring that there is no vitamin deficiency in the body. This is important for the simple reason that while vitamins are not directly involved in the biochemical reactions for serotonin synthesis, they act as cofactors to ensure optimal reactions. Listed below are some of the key vitamins alongside their benefits in serotonin production.
– Vitamin B6, also referred to as pyridoxine, must be available to allow for the conversion of tryptophan to serotonin. This is why many tryptophan supplements list Pyridoxine as one of the ingredients.
– Vitamin B9, also known as folic acid, plays a key role in ensuring that serotonin receptors function optimally. Folic acid deficiency has been linked to low production of serotonin.
– Vitamin C, also known as ascorbic acid, is yet another co-factor that must be present for the seamless production of serotonin.
– Vitamin D plays a key role in the regulation of tryptophan conversion to serotonin. While Vitamin D is easily produced by the body following exposure to the sun, those living in countries in the topmost northern hemisphere may need Vitamin D supplements to avoid deficiencies.

Time Required: Varies depending on the specific foods.
What You Need: Foods that maintain a healthy gut.
Difficulty: Easy

One of the best ways to increase serotonin production is to maintain a healthy gut. Scientific research shows that there are two main sites for the production of serotonin: the brain and the gut. The latter accounts for more than 80% of the serotonin produced. By maintaining a healthy gut, it is possible to ensure optimal production of this important neurotransmitter. There are several ways in which you can improve the health of the gastrointestinal system as listed below.

Ways to Improve the Health of the Gut:

Time Required: At least 30 Min
What You Need: Choice of massage oil and a warm water bath.
Difficulty: Easy

One of the herbal home remedies recommended for the boosting of serotonin production in the body is St. Jon’s Wort. This herb, also known as Tipton’s Weed, is sourced from a plant, botanical name Hypericum perforatum. Its medicinal properties have made it a subject of study as far as its ability to increase serotonin is concerned. The herb’s active ingredient, hypercin, is thought to act as a selective serotonin reuptake inhibitor (abbreviated SSRI). Compounds that act as SSRIs increase the levels of serotonin by inhibiting the process of reabsorption in the cells.

NOTE: The most important thing to keep in mind is that St. John’s Wort must not be used alongside prescription drugs as this may cause a serious case of drug-drug interactions. Consult your doctor before using this herbal remedy if you are on any other medication.

Green tea is one of the home remedies used to boost serotonin production in the body. This is because it is rich in L-Theanine, an amino acid that increases the production of serotonin in the body. It also has the advantage of making you les predisposed to serotonin. All you need is a green teabag and a cup of hot water.

Omega-3 essential fatty acids are recommended for boosting serotonin in the body. The fatty acids contain DHA and EPA, two types of acids that are involved in the synthesis of serotonin. DHA increases the sensitivity of the serotonin receptors while EPA allows for increased release of serotonin from the nervous cells. Both types of acids play a key role in optimal brain function. Take food sources that are rich in omega fatty acids, or opt for supplements.

Using natural remedies to boost serotonin is recommended because here are minimal side effects. In case of any doubts, consult your doctor to prevent drug-drug interactions in cases where you are using other medication.