The production of mucus is a normal process in the respiratory system. This mucus usually has a thin viscosity. The purpose of mucus is to trap irritants through the action of filtration in order to ensure that the air inhaled is clean. The result is increased viscosity that leads to thick mucus – this is what is referred to as phlegm. Typically, phlegm production increases when one is suffering from a respiratory infection. It is also one of the common symptoms of colds and allergens present in the upper respiratory tract. 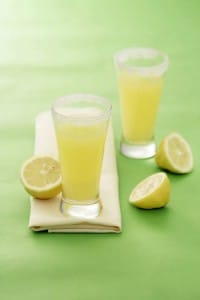 For many people, the difference between normal production of mucus and phlegm may be confusing. An easy way to tell whether what you have is phlegm or not is to check whether there is a persistent need to clear your throat. This is usually accompanied by a runny nose and constant coughing. Some individuals may get a stuffy nose, bodily fatigue as well as fever in extreme cases.

Phlegm has a tendency to accumulate in he respiratory tract, thus causing congestion within the chest. This in turn creates the need to cough which creates a frustrating cycle of events. While phlegm does not constitute a medical emergency, it can be very irritating to deal with. The good news is that there are a number of natural remedies that you can use to reduce the occurrence of phlegm. These home remedies have minimal side effects, making them perfect for many individuals across the board.

NB: Since phlegm is often accompanied by a congested chest, a runny nose and persistent coughing, many of the remedies listed below will tend to overlap with those recommended for the aforementioned conditions.

Time Required: 30 Min
What You Need: Boiling water in a bowl, a clean towel/piece of cloth, skin moisturizer.
Difficulty: Moderate

Steam therapy is one of the most effective remedies in the management of phlegm. Inhaling the steam as it rises from the water allows the loosening of phlegm, thus improving its viscosity. This in turn, makes it easy to get rid of the phlegm. A point of caution, however, is to make sure that the steam does not come into direct contact with the skin owing to the risk of scalding. For this reason, this remedy is not recommended for use in infants, babies, toddlers and the elderly.

NOTE: It is important to make sure that you moisturize the skin after using this remedy as the steam has a tendency to strip the skin of moisture which predisposes you to dry skin.

Salty water gargle is a timeless remedy used in the treatment of phlegm at home. This is because the salt used in the remedy acts as an antibacterial agent that effectively gets rid of any infection-causing pathogens. Consequently, this reduces the amount of phlegm produced. The use of warm water as opposed to cold water works towards the natural treatment of the condition as the warmth goes a long way in soothing the throat thus reducing the irritation.

Time Required: 25 Min
What You Need: 100 gm of fresh ginger root (ginger powder may be used in place of the root), 2 tablespoons of raw organic honey, a microwave and a grater
Difficulty: Easy

Ginger is an excellent home remedy for a wide range of conditions. This is because of its wide array of medicinal properties that make it one of the most sought after natural treatments for conditions such as phlegm. To get the most from ginger, it is recommended that you use the fresh root. In its absence however, ginger powder will work too.

Raw organic honey is added to this remedy because, just like ginger, it has a wide array of medicinal benefits. Its antimicrobial properties work well to eliminate any infection-causing pathogens that may be present in the respiratory tract. Additionally, honey soothes the irritated throat, which in turn makes it easier to eliminate the phlegm.

Chicken soup has been passed down as a preferred home remedy for getting rid of phlegm, and for good reason. The soup contains nutrients that boost one’s immunity, thus making it easy to deal with any infections that may be present. In addition, the warmth of the soup moisturizes the air passages while thinning the phlegm and making it easy to eliminate. Overall, warm chicken soup soothes an irritated throat that is the result of persistent coughing. If you would prefer, make the soup spicy. Increased spices go a long way in loosening the phlegm, thus providing quick relief.

Time Required: 20 Min
What You Need: Two tablespoons of lemon juice, a tablespoon of honey, a glass of hot water. The following are optional: a pinch of salt, a pinch of black pepper and sliced lemon.
Difficulty: Easy

Lemons are a great natural remedy for you if you need relief from phlegm. At the core of using lemon juice is the fact that it has a high concentration of Vitamin C. This helps build the immune system as well as facilitate better immune response. Lemon juice also contains antibacterial properties that go a long way in combating throat infections that increase the production of phlegm. There are two ways to use lemon as a natural remedy: the first involves using the squeezed juice while the second uses lemon wedges.

Cayenne pepper is a hot spice, quite literally. This has multiple benefits for you if you suffer from phlegm. The heat of the pepper thins the mucus accumulated as a result of phlegm while relaxing the air passages. Cayenne pepper also has the advantage of soothing the chest and the irritated throat.

Tip: You can also add cayenne pepper to your meals to compliment the use of this remedy.

Grape juice is an incredible home remedy used for the natural treatment of phlegm and other conditions which lead to the accumulation of mucus in the respiratory tract. This works well because grapes are natural expectorants. When taken in juice form, and combined with honey, the sum benefits if this remedy help reduce the amount of phlegm produced.

Time Required: 20 Min
What You Need: A teaspoon of turmeric powder and a glass of warm water.
Difficulty: Easy

Turmeric is best known as a natural remedy, thanks to its excellent anti-inflammatory properties. This works to reduce inflammation and soothe the throat to clear any irritation. Additionally, the herb’s antiseptic properties help destroy any infection-causing pathogens responsible for the excessive production of mucus. Alongside these benefits, the herb’s immune-boosting properties make it a recommended home remedy for treating phlegm.

NOTE: A number of individuals may prefer using a glass of hot milk to water, but research has shown that milk increases the production of mucus. This counteracts the benefits of turmeric, making a glass of water the better option.

Other home remedies that can be used in the treatment of phlegm include bay leaf which offers immediate relief, oregano oil thanks to its antimicrobial and anti-inflammatory properties as well as eucalyptus oil. Unlike oregano oil which can be ingested and added to food, eucalyptus oil MUST not be used internally as it is toxic to the body. Instead, the oil is mixed with a choice carrier oil such as coconut oil before it is applied topically to the chest region. Herbal teas such as mint tea, chamomile tea and lavender tea are great at loosening phlegm and making it easy to get rid of too. As a general rule, it is very important to stay hydrated in order to increase the body’s ability to get rid of phlegm.