It is common knowledge that one of the most popular ways to lose weight is to eat healthily, work out more often and to avoid skipping meals. For the longest time, this has been fronted as the standard way of losing the pounds. While it does work for a number of people, isn’t it a surprise that obesity is still a problem across the world? This has led researchers and scientists to ask whether there are other alternatives. In recent years, one of the most popular alternatives to this standard form of dieting is the fasting diet. Other names used to refer to this diet are intermittent fasting and the 5:2 fast diet.

The fasting diet, or intermittent fasting, just as the name suggests, does not mean you stop feeding. Instead, it requires you to decrease the amount of food you eat, but over brief periods of time. This is where the 5:2 concept comes in. It simply means that you eat normally for five days weekly, and then switch to reduced caloric intake for the remaining two days.

The fasting diet is a brainchild of Michael Mosley, and has grown to be one of the most popular diets across the world. This diet stands out because it is backed by science. With many people eating more than ever in each waking hour, the fasting diet shines the spotlight on human evolution over the years and why it is thought to be a great way to lose the pounds. But how does this work? Ideally, the body converts food ingested to glycogen – this is a type of energy that is kept away for use at a later stage. This glycogen is stored in the liver as well as adipocytes (fat cells).

If you are munching all day long, then it simply means that energy is readily available and the body is likely never to use the glycogen deposited in the cells. If, on the other hand, you go for 12-16 hours without food, the body is forced to get energy from breaking down the stored glycogen. As you may expect, this is beneficial for healthy weight loss. One of the most fascinating things about this diet is that its health benefits transcend weight loss. Below are five compelling reasons to go on a fasting diet.

1. A Fasting Diet Promotes Your Overall Health and Helps you Enjoy Quality Life: 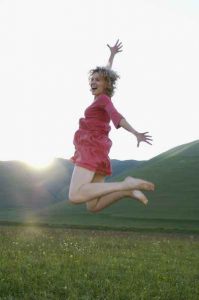 A fasting diet has been shown to get rid of cravings particularly those associated with sugars and processed foods. This is important to help lose the weight in various ways as confirmed by modern science. One of the most effective ways this is achieved is through an increase in the amount of cholesterol in the body.

Here’s why: fasting causes hunger, which in turn places a certain level of stress. To counter this, the body releases a higher amount of cholesterol so that it is used as a source of fuel in place of glucose. What this means is that over a period of time, there are fewer fat cells in the body. The lower the number of fat cells in the body, the less the risk of insulin resistance, which in turn lowers the chances of getting lifestyle diseases..

In addition to this, a fasting diet improves one’s general health because it has been shown to trigger a sharp increase in the amount of HGH – this is the human growth hormone. In fact, this sharp increase, shown to be more than 1000% in both men and women is only comparable to the increase that is characterized by High Intensity Level training.

To understand why this is important, consider that HGH is important in proper muscle growth, increased fat loss and sustained fitness levels. The fact that HGH aids in muscle buildup while reducing the amount of fat at the same time is the reason why HGH is important in health and fitness. Other ways in which a fasting diet improves health is through regulating the amounts of ghrelin (also known as the hunger hormone), reduced triglyceride levels as well as decreased inflammation.

2. A Fasting Diet Reduces the Risk of Heart Disease and Diabetes:

Scientific research shows that intermittent fasting rapidly increases the uptake of glucose, and allows for the optimal action of the insulin hormone. This simply means that insulin becomes more effective in regulating the amount of glucose in blood circulation.

Insulin resistance is a major global problem, largely due to the remarkable decrease in regular physical activity coupled with great abundance of food in recent years. To appreciate this perspective, it would be important to look back at evolution as it occurred, alongside the human genome. Millions of years ago, the human body adopted a strategy that allowed it to preserve energy in fat form to ensure survival during drought seasons. Fast forward to present times, a consumerism culture and great abundance of (unhealthy) food and it is easy to see where the problem lies.

Today, many people are continually feasting, and never taking a break to fast, as was the case in early days during famine. This is supported by the theory of thrifty genes. According to this theory, it is important for these fluctuations to occur to ensure that the metabolic processes go on optimally. A closer look at the fasting diet shows that it revolves around this theory.

By imitating the natural fluctuations in the amount of food available, users of this diet are able to ensure optimal metabolic function without necessarily altering the amount of food intake. Keep in mind however, that this is not permission to indulge in unhealthy processed foods because the quality of nutrient intake matters a lot. By improving the uptake of glucose using insulin, there are lower chances of getting diabetes and heart disease.

3. The Fasting Diet has a Huge Impact on the Health of the Brain: 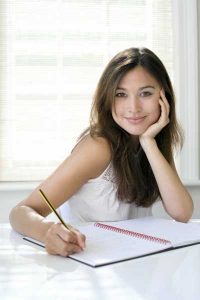 It Intermittent fasting, as mentioned above, has benefits that go beyond weight loss. This is evident in the diet’s benefits for the brain. Researchers have, over the years, studied the importance of fasting on a regular basis with regards to dementia.

Studies carried out in rats showed that this form of fasting could potentially delay the onset of Alzheimer’s and Parkinson’s disease. This is the explanation behind the findings: A fast typically begins about 12 hours after ingesting a meal. This is critical because it marks the point at which all the blood glucose in circulation has been used up, this triggering the breakdown of glycogen for energy production.

This glycogen, which is obtained from the liver, is broken down to provide glucose. As the fast continues, there is steady progression to the use of stored body fat. One of the byproducts of fat breakdown for energy production is a set of compounds known as ‘ketone bodies’. These ketone bodies are used as a source of fuel in the brain. In addition to this, intermittent fasting also increases the production of a protein known as the Brain-derived neurotrophic factor, abbreviated BDNF.

BDNF is known to stimulate the brain’s cells and trigger the formation of new nerve cells alongside other compounds that improve the health of the nerve cells. The protein compound has also been known to shield the brain cells from the damage linked to Alzheimer’s and Parkinson’s disease.

It is also important to mention that BDNF is also expressed in the muscular system where it ensures that neuro-motors are not destroyed. The neuromotor is, in fact, the most crucial integral part of the muscle. In its absence, muscles undergo atrophy as one advances in age.

This connection between BDNF’s role in both the muscle and the brain is perhaps one of the reasons why regular physical activity is so important for the development and function of the brain. In light of this, try combining the fasting diet with high intensity exercises to reap the most benefits.

4. The Fasting Diet is a Reliable Way to Get Rid of Belly Fat:

Belly fat is, for the most part, indicative of poor feeding habits. This is because this type of fat is usually stored away around the abdominal region when the excess glucose is converted to fat. Various studies have been conducted to establish if intermittent fasting has an effect on one’s waist size.

Results from these studies show that subjects involved in the experiment lost a few inches. the most interesting aspect about this study is the fact that the loss of inches off of one’s waist occurred irrespective of whether one takes low-fat meals or high-fat foods on the five out of seven days that they ate normally. It is an important study because it underpins the health benefits of the fasting diet while reducing the risk associated with a myriad of lifestyle diseases. 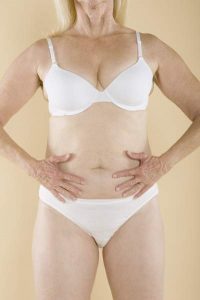 This is an interesting yet compelling reason to take up the fasting diet. Constantly feasting with little time off to allow the body healing often causes increased cellular damage. As a matter of fact, cellular damage is one of the underlying causes of many diseases. If, however, the body regularly goes for periods without food, the resultant metabolic changes have been shown to trigger a process that is referred to as ‘autophagy’.

This is a natural process that involves the elimination of damaged cells. Ideally, the healthy cells start to consume cellular components that are no longer functional such as mitochondria and organelles. Think of it as de-cluttering at the cellular level. This process of cleaning out paves way for the generation of new cells which is immensely beneficial for the body.

In addition to these reasons, there are other health benefits of the fasting diet. This lifestyle improves the population of health bacteria in the gut. This is recommended because a healthy gut allows for proper digestion and improves the immune system. This way, you are less likely to suffer from cold, flu, bloating and other digestive system challenges. There are a few things to remember when it comes to a fasting diet.

The first is that these changes often cause a shock to the body at the onset. Many people have reported to feeling anxious, irritable and some even get headaches. Over a period of time however, the body gets used to it. It is also recommended that you see your doctor prior to beginning this diet, especially if you suffer from chronic conditions such as diabetes.

Fasting could potentially trigger low glucose levels in diabetics, a potentially fatal condition if not well managed. At the end of the day, striking a balance between a fasting diet and healthy eating is just as important because it is evident that eating round the clock also has its health challenges. 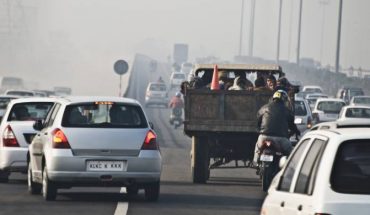 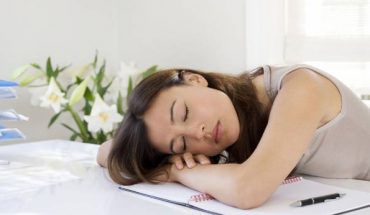