Hormonal imbalance is a common condition that typically affects older women but which, in recent times, has been shown to affect younger women.Contrary to popular belief, hormonal imbalance is not the preserve of menopausal women, yet it is sad to know that there is a very negative connotation that comes with the condition.

To understand why this is so, it is important to know how the changes progress in a woman’s body. For the most part, these changes start to show when a women approaches her late forties and early fifties. In some cases however, some women get affected while in their mid-30s, largely due to pregnancy and other reproductive conditions.

In recent years, research shows that hormonal imbalance is triggered, not just by one’s age, but by diet, lifestyle, and exposure to pollutants as well as xenoestrogens. The latter are synthetic compounds that mimic the action of estrogen’s in the body and often impact the normal balance of hormones in the body.

It is important to mention that even in a normal woman’s body, hormones are fluctuating on a daily basis. The key thing here is that the fluctuation is steady and mostly, predictable. When the changes become too erratic, however, these dramatic changes lead to a hormonal imbalance.

In addition to the symptoms outlined below, hormonal imbalance is almost always accompanied by a feeling that something feels ‘off’ in the body. The symptoms manifest physically and emotionally, and if left undealt with, become severe over a period of time.

The longer it takes to get medical checkup, the harder it is to restore the normal equilibrium of hormones. For this reason, it is key to note some of the symptoms that characterize hormonal imbalance. Below are 10 signs that most women ignore, but which are a pointer to a greater underlying problem.

1. Persistent Weight Gain Over a Considerably Short Period of Time:

Weight gain is a weighty matter for many people, and is one of the most overlooked symptoms of hormonal imbalance. While there are many different aspects to healthy weight, including diet and physical activity, this is not where it stops for women with hormonal imbalance.

When the normal equilibrium of hormones is upset, most women find it difficult to maintain a consistent weight, all factors held constant. This is often accompanied by changes in the body shape. Part of the reason for this is that shifting hormones cause fat storage to be transferred to the abdominal area.

Most importantly, such fat and weight gain is difficult to lose with physical exercise and even diet changes. When this happens, it is important to go for check-up to ascertain whether here are any conditions that affect the thyroid and which could be responsible for the hormonal changes.

One of the signs of hormonal imbalance which many women tend to ignore is low sex drive. Low libido is characterized by the loss of desire for sex, and is often associated with low levels of oestrogen.

In addition to the low hormones, most women will find that they struggle to get a good night’s sleep. This places a strain on the body and has a great impact on the production of the sex hormones in the female body.

While it is possible to address these concerns by getting medical treatment to cope with low libido, it is important to ensure that a diagnosis is done to determine the precise cause of the hormonal imbalance.

Do you find that you cannot get past noon without having a few biting? Is this often accompanied by a crashing lethargic feeling smack in the middle of your work day?

This could be a pointer to hormonal imbalances. It, however, remains one of the easiest signs to ignore for the simple reason that fatigue can result from a myriad of other factors that range from sleep deprivation, great work load, stress and illnesses.

The most crucial thing to remember in such instances is that such fatigue typically clears on its own, but fatigue that is as a result of hormonal imbalance is prolonged and does not ease even with normal rest. Other signs alongside such fatigue include feeling sluggish and experiencing mental fog.

One of the ways in which hormonal imbalance manifests is with anxiety attacks and depression. While these are mental health conditions, they often have a direct relation to the levels of hormone in the body.

When there are erratic fluctuations, the body is not functioning optimally as it should. In fact, sudden fluctuations in the levels of estrogen can cause disruptions in the concentration of brain chemicals like serotonin and dopamine.

In the end, a person has extreme mood swings and this predisposes affected people to getting depression and severe panic attacks. The two are often accompanied by feelings of irritability, feeling overwhelmed and frequent bouts of anger. It helps to get medical check-up to address the anxiety and depression, and this should also be accompanied by hormonal checks.

Closely tied to inexplicable fatigue, poor sleeping patterns are also a sign of hormonal imbalance that many women ignore. When the body’s hormonal system is out of whack, it disrupts normal physical patterns such as sleep.

Sleep-deprived people experience increased levels of cortisol. Different research studies show that a high concentration of cortisol in circulation aggravates the imbalance – it is little wonder that cortisol is known as the stress hormone.

Most women are aware that experiencing night sweats is often a loud sign that not everything is okay in the body. Few however, would be able to link sweating extremely to hormonal imbalance in the body.

Whichever the case, experiencing extreme bouts of sweating both at night or during the day is indicative that the hormonal system is not in balance.

In many cases, the common culprit here is low levels of oestrogen. It helps to keep a journal of what time you experience the sweating, the frequency of the same and in some cases, the emotions that accompany them.

Do you find yourself starting to forget things that you normally wouldn’t? Like where you placed your car keys immediately after parking, or when your next appointment at the therapist is? This can be an indication that the hormonal system is out of balance.

As mentioned above, cortisol hormone is produced in high levels when a person experiences stress. The hormone has an effect on the body’s ability to deal with normal day-to-day activities, which in turn disrupts your memory and makes it easy to forget many things.

8. Acne Breakouts on the Skin:

Acne is often thought to be a preserve of those in their teen years, but did you know that breakouts may be triggered by hormonal imbalances. Studies show that increased production of testosterone in a woman’s body stimulates the production of oil. Excessive oil on the skin blocks the pores, and this causes the acne breakout.

Headaches are a common occurrence for most people, but recent studies show that in some cases, severe headaches may be linked to low oestrogen levels. A sharp decline in oestrogen levels easily triggers pain, inflammation and headaches.

If you constantly suffer from headaches for which no causative factors can be pointed out, it might be time to consider whether the headaches could be hormonal-induced.

Hair loss is pretty common in males with low levels of testosterone, but it is also important to mention that this is a sign that women should not ignore.

Thinning hair and hair loss are two key symptoms that often accompany the low production of the thyroid hormones. If you start to notice more stray hair strands in the sink, or after hair wash, you may need to get medical checkup to establish which hormones are out of line.

Other signs worth looking out for include digestive problems, constant cravings and hunger, irregular periods as well as breast changes. Many women will also experience vaginal dryness that makes sexual intercourse painful.

All these signs are indicative of hormonal imbalances and must not be ignored. For this reason, regular medical check-up is recommended. The frequency of these check-ups will be determined by your doctor, but there are typically more sessions for older women. 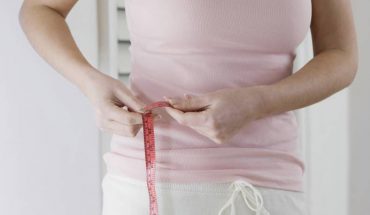 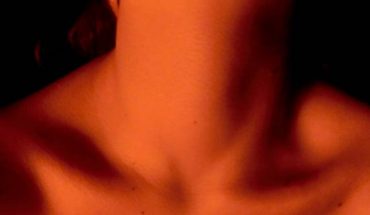