Hormones are chemical compounds that help in maintaining the body’s health while managing the metabolic processes in different parts of the body. To do this effectively, it is important to ensure that the hormonal levels are kept in check. This way, the hormones remain balanced. This does not always happen, and when the hormones are out of whack, they affect different parts of the body. Contrary to popular belief, hormonal imbalances are not a preserve of the female gender; men also get affected by a disruption of the hormone levels. 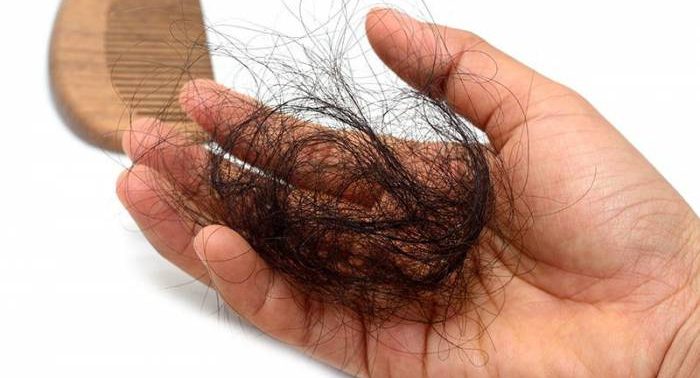 The male body produces different hormones, but the most common one is testosterone. Other hormones include oestrogen and prolactin, albeit in significantly lower amounts. Of these hormones, testosterone is tasked with the expression of the male secondary sexual features. These include production of sperms, facial hair and body hair.

NOTE: Men go through age-related hormonal decrease, medically referred to as andropause. This phase is categorized by a slow and steady decrease in the hormonal levels as one advances in age. The key thing to note is that it is slow, not rapid or accelerated by lifestyle changes. 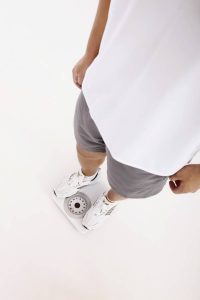 Testosterone, as mentioned above, is the main male hormone that is tasked with the maintenance of muscle mass. It is this hormone that gives men that stocky muscular look. When the body experiences a dip in the levels of testosterone, one of the effects is the accumulation of fat in the mid region.

This leads to loss of muscle mass and significant weight increase, even when the affected person eats a healthy diet. What’s more, in many cases, when a man packs on the weight, it is easy to suffer high stress levels.
Increased stress leads to an increase in the production of a hormone known as cortisol.

Cortisol also contributes to the storage of fat and the subsequent weight increase. The onset of these symptoms, coupled with the effect on self esteem means that most men tend to go silent, yet medical attention is required to address the condition. Weight gain is one of the key signs of hormonal imbalance in men, and which should not be ignored.

Testosterone, yet again, is the hormone that ensures the male reproductive system thrives. When there is a hormonal imbalance, it affects the concentration of testosterone, and this interferes with the reproductive system. The other term used to describe this effect is low libido. Low libido occurs when a man loses all interest in sexual activity.

Studies show that low levels of testosterone impact a man’s sexual drive. In severe cases of hormonal imbalance, men may develop erectile dysfunction (abbreviated ED). ED has also been shown to occur as a result of an imbalance in the level of thyroid hormones in the body. As such, men who experience low sex drive are likely suffering from hormonal imbalance, making it necessary to get medical attention. 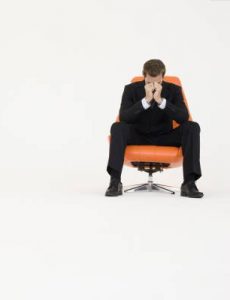 One of the signs of hormonal imbalance that most men ignore is experiencing anxiety attacks and depression. This happens, largely because it may not be easy to draw the line where depression is as a result of life’s daily stresses and where it stems from an imbalance in hormonal levels.

A general guide for this would be to find out whether any changes in the past may have contributed to the depression and anxiety. If this is not applicable, the depression could be an indication of hormonal imbalance in the body.

Testosterone plays a key role in emotional stability in men. Low levels of testosterone have an impact on one’s moods. In addition to this, an underactive thyroid gland, which means low levels of thyroid hormone, may also lead to mood swings, feelings of despair and sadness as well as the inability to focus on daily tasks. It is also important to mention that depression may also develop from some of the signs indicated in this list, among them, weight gain, erectile dysfunction and low libido.

Did you know testosterone has an effect on balding in men? Here is why: testosterone present in the body is often converted from its active form into other chemical compounds. One such compound is dihydrotestosterone (abbreviated DHT). DHT is a potent compound, and is one of the reasons why men experience balding as they age.

Note however, that this balding may occur earlier on when the normal balance of hormones is disrupted. This is often accompanied by stunted hair growth, brittle hair with very weak strands that break easily. This is also seen in cases where the levels of thyroid hormone are upset.

In men, a hormonal imbalance that involves an increase in oestrogen amounts and a consequent decrease in testosterone levels causes breast tissue to increase in size in the male body.

This is an embarrassing condition for the most part as man boobs are considered quite unsightly. This breast tissue, which often occurs alongside weight gain is referred to as gynecomastia.

The male body produces, among others, a hormone known as prolactin. Prolactin is responsible for milk production in the mammary glands. Both women and men produce prolactin, but men certainly produce low levels that are insufficient for milk production. Research shows an interesting relationship between testosterone and prolactin.

When there are low levels of testosterone in the male body, it responds with a significant increase in the production of prolactin. The result is breast milk production, a condition medically referred to as galactorrhea. It is a sign that causes a lot of confusion in men, and which can contribute to the depression aforementioned. 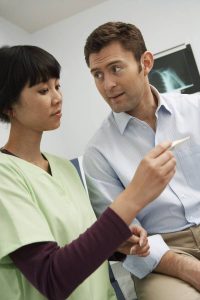 Male infertility is defined as the inability to get a woman pregnant after regular unprotected sex for a year or so. One of the main causes of infertility in men is low sperm production. in some cases, infertility is as a result of poor sperm quality.

This is often an indicator of hormonal imbalance in men since a number of hormones are involved in the production of sperms.

Maintaining sperm production and testosterone production is overseen by two hormones known as the follicle-stimulating hormone (FSH) and the lutenizing hormone (LH) respectively.

FSH and LH are produced by the pituitary gland. An imbalance in any of the hormones mentioned affects sperm production, which in turn reduces male fertility.

Poor sleeping patterns, strenuous workload and an over crammed schedule can leave one feeling tired and overwhelmed, which is normal for the most part. If, however, one still experiences such fatigue even after getting adequate sleep, then this could be an indication of a hormonal imbalance.

While there are a number of factors why this occurs, the key pointer could be the disruption of insulin levels. When the body experiences increased insulin production yet the recipient cells are resistant, one of the effects is the intense fatigue experienced even after enough sleep.

In some cases, affected men will experience anxiety, irritability and constant cravings. In fact, studies show that these are warning signs that are easily ignored, yet could be a far more serious warning sign of diabetes.

Hormonal imbalance in men can lead to night sweats, a sign that is easy to ignore as it is often attributed to weather changes or stressful events. When the night sweats occur almost daily over a considerable period of time, it becomes important to consider the possibility of hormonal imbalance.

The breakout of these sweats is related to low levels of testosterone in the male body. As men advance in age, the body starts to lose testosterone gradually after the age of 40.

The rapid loss of testosterone, known as having a low T, sometimes manifests with night sweats. This is one of the signs of hormonal imbalance that most men ignore.

Poor sleeping habits are a common sign of hormonal imbalance in men. The inability to fall asleep in men is one of the subtle indications of hormonal imbalance. The specific hormone in question is testosterone. The male body experiences high levels of this hormone during sleep.

It is interesting to note that for this peak to be attained, the body must have had a minimum of three hours to get to this peak. The disruption of this hormone’s levels leads to sleep deprivation, resulting in a cycle that is hard to discern at the onset. Prolonged stress also leads to an increase in the production of cortisol that is responsible for the regulation of the sleep cycle. This compounds the sleep deprivation and contributes to the fatigue experienced.

Other signs of hormonal imbalance include digestive disorders that cause pain in the abdominal region and general discomfort, persistent stress levels as well as acne breakouts. While such imbalance is prevalent, it helps to know the signs and symptoms so as to seek medical attention as soon as possible.

This is proper because it also paves the way for early and accurate diagnosis too. Remember, in cases of any doubt, it is best to seek professional medical advice before taking any medication or using any herbal supplements. This is especially so for anyone with a pre-existing condition.